PIONEERING SUSTAINABILITY SINCE DAY ONE

It is possible to view our website in german language

We will temporarily halt delivery to the United Kingdom. We thank you for your patience. Please stay tuned, we will be back soon.

The story of the carp

An ancient legend tells of a school of KOI carp swimming upstream. After a long journey, the school of KOI came to a waterfall. Having gained strength from pushing against the current, some of the fish looked at the waterfall not as a defeat, but a challenge. Seeing that the carp meant to climb the waterfall, the river’s demons laughed, and to mock the KOI, made the waterfall ever higher, the waters ever rougher. Many of the KOI turned back, letting the strong flow of the river carry them back downstream. Others refused to give in. After many years of trying to climb up the waterfall, one of the carp finally made it to the top. As a reward for its persistence and strength, the gods turned the carp into a dragon - able to roam the lands freely for the rest of its life.

Ever since, the KOI has symbolized prosperity and wellbeing - the sign of a bright future. It was out of pure serendipity that our name, Kings Of Indigo, spells K.O.I. It is said one does not choose your spirit animal, it chooses you. Original innovators in sustainable denim, Kings Of Indigo’s journey has been laid ahead. We work against the current of fast fashion, of greenwashing, of malpractice in production - towards a brighter, better future for us all. 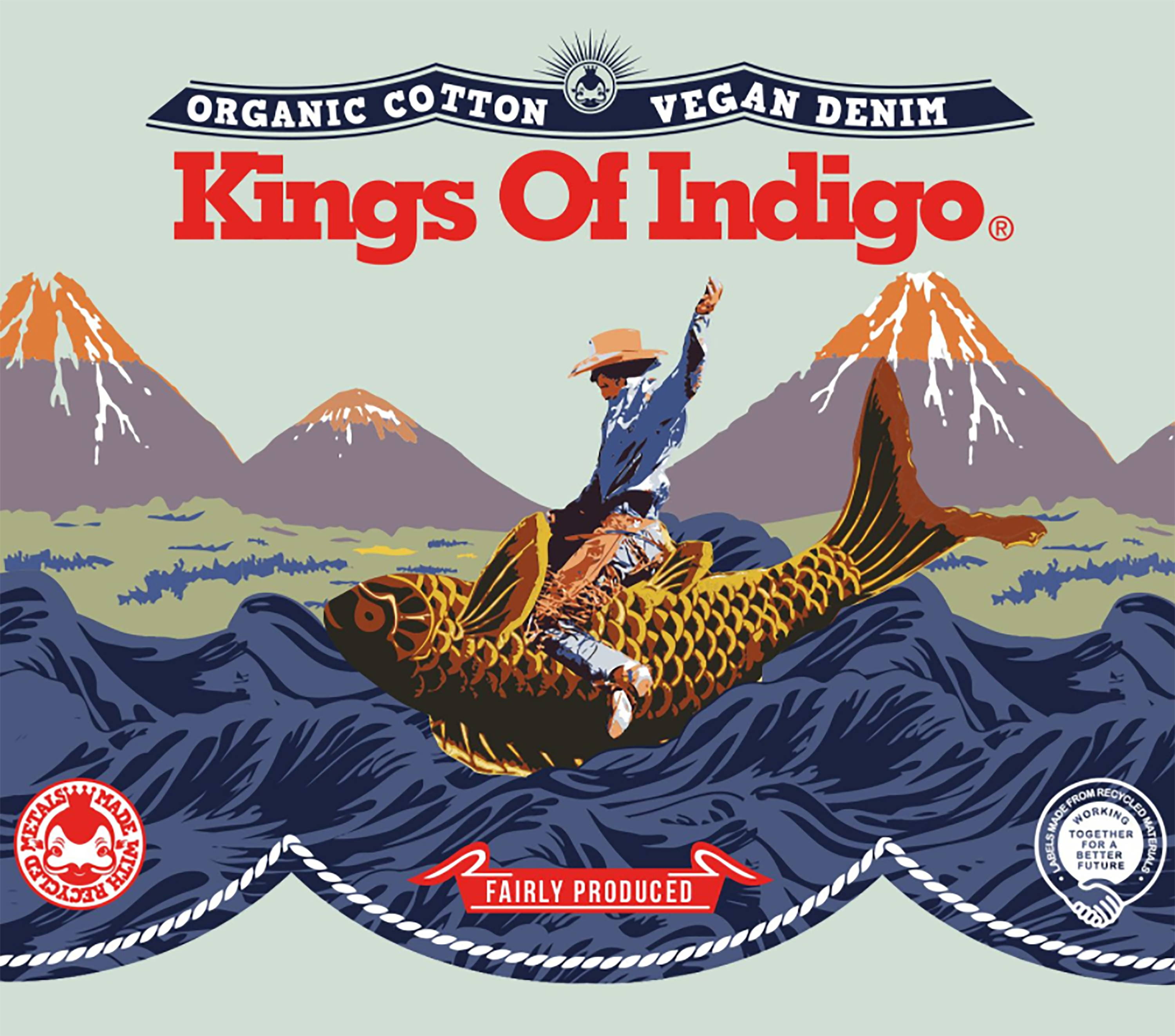